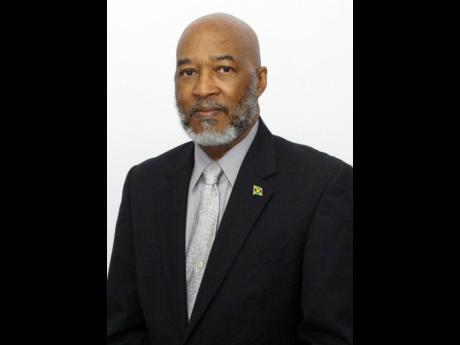 Tempering expectations around immediate diversification, Wigton Windfarm said on Wednesday that its plans for new revenue streams are not only dependent on the company, but the Jamaican Government, which controls the agenda for addition of capacity to the energy grid.

Managing Director Earl Barrett told shareholders that Wigton is pursuing partnerships on local initiatives that can help with revenue generation, but is hamstrung by the government’s schedule, implemented through the Office of Utilities Regulation.

The renewable energy company earns from its supply of wind-generated electricity to the national grid, controlled by Jamaica Public Service Company Limited. It plans to add a solar-generation facility.

“Even though we have projects ready to be implemented in Jamaica, we can’t build a renewable energy plant and say somebody will come and take the energy. It has to be a call from the government,” said Barrett.

He also noted that competition in the renewable energy space is heating up, and that the company is limited by the growth in the Jamaican economy.

Wigton is focused on new revenue generation sustainability as its turbines begin to age out, leading to declines in plant availability. It also needs to make up the revenue that was lost due to the adjustment of the rate paid by JPS for the energy it supplies from the Wigton Phase II segment of the wind farm.

For the second quarter ended September 2021, power production was up 7.7 per cent, despite a 10.3 per cent drop in turbine availability to 86 per cent, which was well below the industry standard of 95-97 per cent. Availability is a measure of the times when a wind turbine is working with wind speeds being above seven miles per hour.

Wigton II, commissioned in December 2010, has 18MW of installed capacity, less than a third of the wind farm’s 62.7MW total capacity. Under the power-purchase agreement, PPA, with JPS, the wind farm billed the utility at “an avoided rate” which was guaranteed for 10 years.

The wind farm made a modest revenue gain at year ending March 2021, with inflows of $2.6 billion, compared to $2.4 billion the previous period; however, within the current fiscal period, its half-year revenue, spanning April-September 2021, has fallen from $1.36 billion to $1.2 billion.

Wigton is facing the 2024 prospect of the eventual end-of-life cycle for Wigton Phase I, which is rated at 20.7MW, and is looking to procure new turbines.

“It is a fairly complex process that we are in, but we can assure the shareholders that there will be no missed steps as we continue the business of replacing the equipment that is needed and having the life extension of Wigton Phase I,” Barrett said at the annual general meeting.

The background engineering work is ongoing, and the company is presently receiving quotations for equipment replacement, he said.

Regarding the introduction of solar power as a commercial enterprise for Wigton, Bartlett indicated it was unlikely to be a revenue earner for the wind farm, that the Electricity Act would have to be amended to allow for it, and the expansion of solar capacity, too, is dependent on the government’s programme.

“Until such a call is made, even if Wigton had the funds [or] the desire to add more power, we’d have to put it to our own use, rather than add it to the grid,” he said.

Wigton is otherwise pursuing green initiatives, including in the emerging electric vehicles market, he said, without elaborating. Wigton has retained earnings of $3.2 billion to support its development efforts, he added.