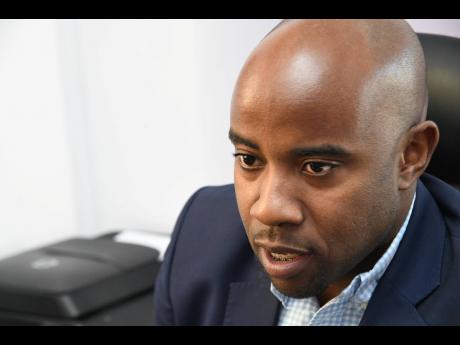 Riding on the back of a fourfold rise in revenue, First Rock Real Estate Investment Limited, FREI, reported its best quarter since going public as a start-up. At US$2.42 million, or 0.8 cent per share, the real estate investment company’s earnings...

Riding on the back of a fourfold rise in revenue, First Rock Real Estate Investment Limited, FREI, reported its best quarter since going public as a start-up.

At US$2.42 million, or 0.8 cent per share, the real estate investment company’s earnings for the April-June period came close to the US$3.2 million of profit made for its last full financial year.

Formerly known as First Rock Capital Holdings Limited when it listed on the Jamaica Stock Exchange in February 2020, the company formally changed its name two months ago to FREI on June 7, reflecting its revised business model to focus discretely on real estate investment and development, after spinning off the private equity side of its operation into its own company last year.

For the June quarter, FREI’s rental and property investment income climbed from US$1.03 million to US$1.7 million, a 65 per cent gain, while investment and dividend income from financial assets rocketed from a negligible US$36,000 to US$4.48 million for the restructured operation.

First Rock Group CEO Ryan Reid says FREI has been prudently managing its balance sheet, based on a board-mandated portfolio rebalancing strategy that has seen the company divesting itself of properties that generate sporadic revenue.

Over the past year, First Rock has been offloading the variable, short-term rental properties — the seasonal, short-term and Airbnb-type holdings — and was close to completing the divestments when the June quarter closed, Reid said.

“We stabilised certain elements of the portfolio away from variable and short-term rental. These were largely outside of Jamaica; in Cayman Islands and Costa Rica,” Reid told the Financial Gleaner, adding that the rebalancing exercise included renegotiation and outright liquidation.

So far, he said, the strategy has been paying off, with average returns on the property portfolio, after the year-long exercise, now being in the order of 20 per cent. Additionally, FREI’s ongoing development activities have provided “significantly more return than investments that are held for rental income,” he said.

“Our model is not that of a real estate investment trust, where we acquire property for rental income and having so much square footage under management; but rather, we seek to generate income and expand through the business of real estate,” Reid explained.

FREI closed the June quarter with total assets of US$58.6 million, of which its investment properties accounted for US$28 million and developments in progress, US$15 million.

The company’s borrowings and other debt amount to US$21.6 million, resulting in a debt to equity ratio of 58 per cent.

For its future plans, the company is leaning towards debt financing, Reid said, adding that with FREI’s debt ratio hovering around 60 per cent, the company was well below the 100 per cent ratio that he said was standard for the real estate industry.

The company will seek board approval near the end of September to approach the debt market for capital, he added, but declined to comment on the amount of funds FREI is targeting.