Peter Espeut | The JLP is a business party 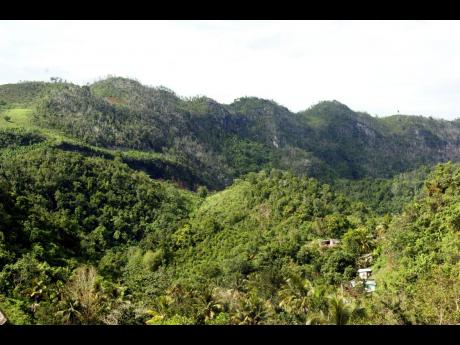 Neither political party was comfortable with the demands of environmental conservation, and after 30 years of shuffling around the portfolio, the Holness administration has finally decided to do away with it!

After gutting the Ministry of Environment in 2020 by removing from it the government agency that regulated the health of the natural environment, this week with the Cabinet adjustments Prime Minister Andrew Holness has abolished that ministry altogether!

At least Pearnel Charles Jr presided over a ministry with the word ‘Environment’ in its name (The Ministry of Housing, Urban Renewal, Environment and Climate Change), even though the Natural Resources Conservation Authority (NRCA) had been placed under the Prime Minister’s Office.

Neither political party was comfortable with the demands of environmental conservation, and after 30 years of shuffling around the portfolio, the Holness administration has finally decided to do away with it!

But you could see the handwriting on the wall from years back.

The Michael Manley government – under pressure from the international community – created the NRCA in 1991; multilateral banks and first-world aid agencies would not provide loan or grant funds for infrastructure projects without environmental safeguards, and the Jamaican Government – reluctantly – passed the Natural Resources Conservation Authority Act and created the NRCA for convenience.

The NRCA Act clearly states that “This act binds the Crown”, which means that government ministries and agencies are not exempt from its provisions, but this has always rankled. Rather than create a stand-alone Ministry of Environment, unshackled by conflicts of interest, successive administrations have combined the environment with environmentally damaging portfolios, which could only cause emasculation.

Early on, the environment was married to health; but when the sewage plant at the Spanish Town Hospital was polluting the Rio Cobre, and the NRCA issued an enforcement notice on its own permanent secretary, that soon led to divorce.

Environment was later married to housing, which put the NRCA under pressure to approve environmentally damaging housing projects. The minister approved the construction of houses in Hope Gardens by a private developer; when that was exposed (the minister was forced to resign), the private developer was offered a section of Long Mountain, damaging that watershed area. Some marriages are ill-conceived, and just can’t work!

A joint venture between that ministry and a private developer at Kennedy Grove in Clarendon saw the environmental side of the ministry not requiring the housing side of the ministry to conduct an environmental impact assessment (EIA); and when 16 of the 186 houses flooded in the first heavy rains, it was clear that the inherent conflict of interest was fatal! The houses were built in a seasonal pond! An EIA would have picked that up!

Another divorce resulted, but Prime Minister Holness has forced a remarriage: presently, housing and the environment are again in the same ministry, with the same inherent conflict of interest.

The PNP government was not brave enough to abolish the NRCA, but they were able to castrate it by merging it with the Town Planning Department and the Land Development and Utilization Commission to form the National Environment and Planning Agency (NEPA). There is no NEPA Act, but all the staff are employed by NEPA. The NRCA has the statutory authority to protect the environment, but no staff.

What this did was to convert the NRCA into a planning agency, rather than an environmental protection agency. It is this merger that allowed PM Holness to divorce NEPA from the Ministry of Environment and attach it to the Ministry of Economic Growth and Job Creation – probably the most profound conflict of interest in its history!

The bare truth is that environmental regulations are inconvenient for the expansion of industry; agriculture needs more land, which leads to deforestation; industrialisation inevitably leads to land, water and air pollution; coastal tourism tends to damage beach dunes, mangroves, and coral reefs; mining is unsustainable, leading to deforestation and habitat destruction.

It is the Government’s job to ensure that Jamaicans have a healthy environment AND economic growth; not that we trade the health of the natural environment for economic growth. No Jamaican government has been prepared to put out the effort to practise genuine sustainable development.

NO BALANCE BETWEEN LIVES AND LIVELIHOODS

No matter what a government says is its policy, what it actually does is the best indicator of where its head is. When Prime Minister Holness overturned the decision of the NRCA to refuse a permit to mine Puerto Bueno Mountain in St Ann, red flags started to wave.

After a hue and cry from the Jamaican public – more environmentally aware now than at any time in our history – the Government imposed 76 conditions on the company, including the requirement that they post a J$40-million bond by January 17, 2021.

Prime Minister Holness put his personal credibility on the line by declaring in November 2020: “I’m the first one to shut it down” if Bengal breaches any of the conditions of the permit.

Well, the mining company breached the terms of their licence; they failed to post the $40-million bond by January 17, 2021. But the prime minister failed to “shut it down”; instead, the company was granted an extension of time (to March 21, 2021) to post the bond. That deadline was also missed.

It was announced last week that the company has been given the green light to proceed. The prime minister has lost all credibility!

Clearly, government policy is to put big business first. There is no balance between the environment and development: development comes first. The Ministry of Environment had to go!

There is no balance between lives and livelihoods. The economy comes first. This is why the Government opened up the entertainment sector and triggered the third wave of COVID-19. It does not matter if more than 1,000 Jamaicans get sick each day from COVID-19 – and some die; there will be no further restrictions on business; what is more important is that tourism recovers and the economy grows.

So-called “corporate citizens” are more important than voting citizens because they make big political donations. It’s always about the money.

Peter Espeut is an environment and development scientist. Email feedback to columns@gleanerjm.com