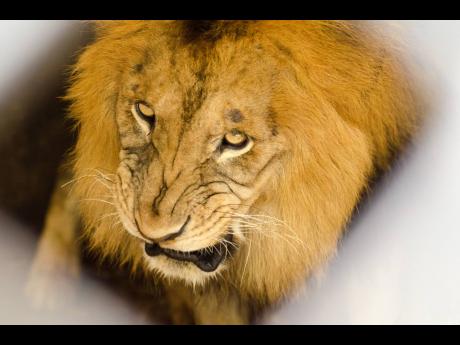 Maybe they bend to blandishments. Whatever it is, Jamaica’s regulatory agencies fail perennially to fulfil their obligations, reacting only after the horse has bolted and there is a public outcry.

The National Environment and Planning Agency (NEPA) is among the laggards and recalcitrants. But as the Jamaica Zoo incident showed, it is not the only one, although it is close to being, if it is not, the worse.

Jamaica Zoo is what its name says it is – a zoo. It is located at Lacovia in the parish of St Elizabeth, in southwestern Jamaica. Like zoos, Jamaica Zoo houses animals, including a lion called Santa Cruz, which is also the name of a town in the parish.

Last week, a video went viral on the Internet of a man provokingly poking his finger between the slots of Santa Cruz’s – the lion – chain-link enclosure and quickly withdrawing the finger before the increasingly agitated animal could react. The man poked one time too many. Santa Cruz dragged his finger. The man struggled to extract his digit from the lion’s mouth. It is reported that he lost a bit of the finger. It might have been worse.

It turned out that the man was an employee of Jamaica Zoo. The outfit described him as a contractor. It is not clear exactly what the man is employed, or contracted, to do. Witnesses, however, suggest that he was deliberately trying to rile up Santa Cruz. The implication here is that the man wanted the lion to roar or display angry behaviour as a show for the zoo’s visitors. Jamaica Zoo promotes itself on the Internet as a tourism attraction and has sought to register itself as such.

Which brings us to the first strike against the island’s seemingly hapless or turn-a-blind-eye regulators.

The Tourism Product Development Company (TPDCo) is the government agency that certifies hotels and tourism attractions, in accordance with the stipulations of the Jamaica Tourist Board. Incorporated in 2009, Jamaica Zoo has operated, with animals in place, for at least a dozen years.

According to TPDCo, Jamaica Zoo first applied for a tourism attraction licence in November 2020. TPDCo determined that the application was deficient. The agency said it made multiple requests for additional information, “to no avail”. TPDCo finally returned Jamaica Zoo’s application last July. However, the zoo still pops up on tourism and travel-related sites as an attraction to be visited in Jamaica.

TPDCo, it must be noted, has legal enforcement powers which can be used against people who breach the rules prior to, during or after their applications for their entities to be designated tourism attractions.

But more egregious than any failings by TPDCo is the apparent nonfeasance of NEPA.

Zoos are not, or ought not to be, places where a collection of animals are chuck together for the amusement or cruel and base entertainment of humans. Of course, there is pleasure in observing animals; especially those which we might never see live, other than in zoos. Further, with man’s encroachment and diminution, and in some cases destruction, of their natural habitat, zoos can help in the preservation, sometimes through breeding in captivity, of endangered species. And there is education in observing animals in zoos.

But the keepers of zoos have an obligation to the animals they hold in captivity – for their physical and psychological well-being. Animals are expected to be appropriately housed, properly fed, and generally looked after. In other words, they are not expected to be inhumanely jeered and taunted to create angry spectacles, or even coaxed to perform tricks.

Here is where NEPA, having fallen under scrutiny, is again found wanting.

Jamaica Zoo, NEPA disclosed, has a permit from it to operate a zoo. It also has an exemption under the Wild Life Protection Act to keep protected species, as well as for the importation and introduction of species of flora and fauna and other biological organisms.

NEPA has regulations for the “the conditions under which protected animals are held in captivity”. There are questions about if, or how robustly, these regulations are enforced. The answer, it appears, is slackly.

This week, in the aftermath of the videoed provocation of Santa Cruz and the lion’s chomping on the provocateur’s finger, agents of NEPA, along with officials of the government’s Veterinary Services Division and the Jamaica Society for the Prevention of Cruelty to Animals inspected Jamaica Zoo.

NEPA reported: “During the site visit and assessment, areas of non-compliance with the regulatory instruments were identified and discussed. Issues of animal health and animal welfare were identified and addressed.” It is not near clear if ‘addressed’ was meant to be passed off as ‘rectified’. Rectification is unlikely to have happened during the NEPA visit.

But it need not have required a viral video for NEPA to organise a visit to the zoo, to determine that its regulations were not being adhered to. Site visits should be routine.

But lions do not write letters to the press or mount roadblocks demanding justice. But again, even when humans do those things, NEPA still does not seem capable of getting things right, or getting itself out of the way.