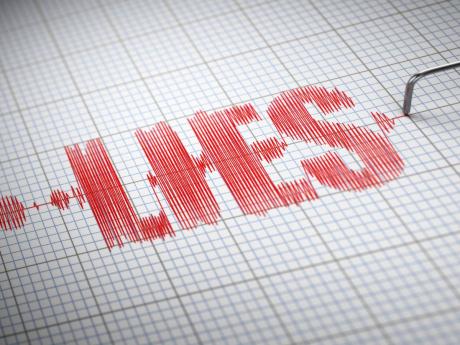 If hell hath no fury like a woman scorned, it also hath no music like a Caribbean man with a horn or one of our women playing second fiddle. The Dictionary of Caribbean English by Richard Allsopp makes me realise that, unless you’re a cow, bison or...

If hell hath no fury like a woman scorned, it also hath no music like a Caribbean man with a horn or one of our women playing second fiddle. The Dictionary of Caribbean English by Richard Allsopp makes me realise that, unless you’re a cow, bison or rhinoceros, to “horn” is “to be unfaithful (to a husband or wife, boyfriend or girlfriend) by having sexual intercourse with, or by dating, somebody else”. It is the same as “cuckold” which is linked to “horns” (in English, to wear the horns means to be cuckolded), and the American “dump” or “jilt”. In Guyana, “horn” is replaced by “blow” mainly because, one way or the other, most of the relationships inevitably come to blows. Then there is “tabanca” which, as Allsopp explains, is “a state of acute lovesickness often leading to irrational behaviour and usually associated with unrequited love”. Finally, there is “butt” which comes from a “horn” as in this sentence, “She butting (cuckolding, horning, but not necessarily blowing) de man day and night and I don’t know how he ain(t) suspect a thing.” As a road march calypso in St Vincent and the Grenadines so aptly put it, “Man can’t take butt.” It is a sad fact of human existence that, when a man tells you “I broke up with her”, he really means that she dumped him.

In these matters, men always seem to come out second best. For example, there is the cannibal lady who complained to her friend, “I don’t know what to make of my husband nowadays.” Her friend responded sympathetically, “Have you tried a meatloaf?” One woman on her deathbed provided the ultimate in discretion. Explaining to her husband that she had something to confess, she said, “You know our seventh child, little Joseph?” He caught on quickly and asked, “He’s not mine?” “No,” she replied. “He’s yours.”

There are some men who believe that they are far too clever to ever suffer the slings and arrows of outrageous fortune or outraged women. There is the lesson of a woman who was in bed having sex with her husband’s best friend when the telephone rang. She took the call. After putting down the phone, she said, “That was Harry, but don’t worry, he won’t be home for a while. He’s playing cards with you.” Some men are too stupid to have a problem. One man answered his phone in the middle of the night, grabbing it before his wife could get it. He heard a man’s voice asking if the coast was clear. “Hell, man,” he shouted, “how should I know? The sea is about 50 miles from here.”

In the never-ending battle of the sexes, whether for fun or funds, women always have the upper hand, foot, or other parts, positions and portions. There was the newly widowed woman, Josephine, whose husband had drowned. She inherited 10 million dollars. “Imagine,” said her friend, “your husband couldn’t read or write, yet he left you so much money.” Josephine smiled and confessed, “He couldn’t swim either.” Then there was Mr Jones who was so glad to return home to Trinidad earlier than he expected that he decided to surprise his wife. She was very surprised. He too. As well as the man who was on his bed with his wife. Both were nude. Mr Jones was very angry and all he could think about was killing the man. His wife begged, “Wait darling, you know that car I told you I won in the lottery? Well, this kind man gave it to me. Remember the holiday we had in Miami? This same man paid for it. And our son didn’t get a scholarship like I told you. This man is paying his university fees.” The husband then shouted, “It’s cold in here. You better cover him up before he catch pneumonia.”

Unfortunately, not many men, or women for that matter, are like Mr Jones in their willingness to play second fiddle. Increasingly, there are men resorting to violence, including murder, to deal with women who reject or are two-timing and even three-timing them. However, instead of “licks” from sticks and other weapons, there is a new shtick in town. A week ago, a Trinidad newspaper posted the headline, “People paying thousands to find out if spouse cheated.” According to journalist Joel Julien, “Polygraph tests to determine if a significant other is unfaithful are now in ‘high demand’ in T&T. Because of this, the service is currently being offered locally …. And some people are paying as much as $3,500 (US$515.51) to get to the truth.”

I found out that this trend started in Barbados in 1967 and, depending on the level of difficulty, the cost for exposing an “Unfaithful or Cheating Partner” is between Bds. $2135 - $3202 (US$1051.99 - US$1586.74). The Gleaner, on Friday, May 15, just over two weeks ago, headlined, “Jamaicans spending huge sums of money to find out if their spouse is cheating.” The Gleaner emphasised that Jamaican women and men are now “forking out” as much as J$300,000 (US$ 1,993.16) to find out if their lovers are cheating. The cost in the US generally starts at US$500. There is one serious, scary and extremely terrifying question here. If the woman or even worse, the man, finds out that the spouse is cheating, what happens next?

The research shows that, based on the polygraph test, nothing should happen. According to the American Psychological Association, “The truth about lie detectors (aka polygraph tests)” is “most psychologists agree that there is little evidence that polygraph tests can accurately detect lies.” I suppose in Trump’s White House they couldn’t miss. They installed a lie detector there and it was impossible for anybody to work because of all the beeping. However, in any other context, finding out for yourself might be justifiable only if you are dead set on it.

A father bought a lie detector which slapped people who lied. The bigger the lie, the harder the slap. Testing the instrument on his son, he asked, “Where were you today?” The son answered, “At school, of course.” The robot slapped him. Then the son changed his story, “All right then. I was watching Kung Fu Panda”. The robot slapped the boy even harder. The son, fearful that a third slap could knock him to the ground, admitted, “Dad, I was hanging out with a girl.” This upset his father so much that he shouted, “What! You have your schoolwork to do and you’re wasting time hanging out with girls? Let me tell you, when I was your age, I never had time for girls. Not ever.” The robot hit the father a resounding slap that left his face swollen. Then the boy’s mom started laughing loudly and said, “Why are you so upset with him? He is your son after all!” The slap from the robot floored her.

Tony Deyal was last seen replying to a street journalist who asked him, “Mr Deyal, have you ever seen a lie detector?” He answered, “Listen, I didn’t just see a lie detector, I’m married to one!” Send feedback to columns@gleanerjm.com