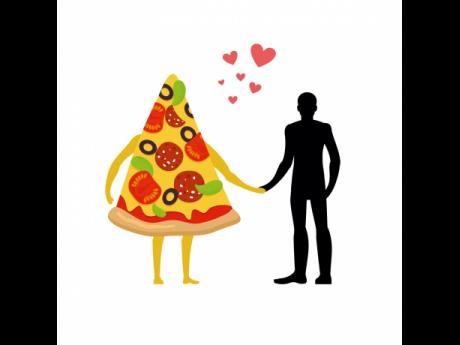 Like most online humour these days, my column starts with a Donald Trump joke. It seems that loads of people are turning away from voting for him because he has promised that, if he is reinstalled as president, he will ban shredded cheese. This...

Like most online humour these days, my column starts with a Donald Trump joke. It seems that loads of people are turning away from voting for him because he has promised that, if he is reinstalled as president, he will ban shredded cheese. This promise is linked to his new campaign where he has grown from ‘MAGA’ (Make America Great Again) to ‘MAGAGA’ (Make America Grate and Glorious Again). It is why, when I read ‘Over $1m in cheese stolen’ from a Trinidad warehouse, I found it funny, especially in its timing and the fact that it was stolen from a warehouse in a place called ‘El Socorro’ which is Spanish for ‘The Help’. I can see the ‘Jefe’ in Mar-a-Lago lapping up his ‘queso blanco’ in ‘triunfo totalmente’ (total triumph).

The great cheese robbery reminded me of my ‘growing up’ movies like the Bowery Boys and the Dead End Kids, where I first heard the phrase “Cheese it, the cops”. This phrase means “run like hell and get the heck out of here because the police are coming”. Of course, this no longer applies to Trinidad and Tobago (T&T) and some of the other Caribbean countries where once upon a time the police and thieves were like chalk and cheese. They would have known and quickly grabbed the big cheese who masterminded the robbery. Now, the way the police operate reminds me of the Guyanese joke about the man who called the police station begging for help. “Dey have shooting going on the village,” he said. “Come quick!” The policeman asked, “What kind of shooting? Pow, pow, pow or rakatackatak, rakatackatak?” The villager said, “Is rakatack, rakatack and it going on for almost an hour now!” The policeman responded, “Ah glad you call we. Tell everybody we coming jes’ now. As soon as the mechanic fix the police car, we will be there!” In other words, all we can say to the villagers, as well as the people who lost so much money and cheese, is “hard cheese” which is 19th Century British slang for “bad luck”. The term appropriately describes what happens to cheese if you leave it unwrapped in the fridge.

The cheese heist also gave me the opportunity to write about one of my true loves – cheese. I follow the whole range – the National Cheese Day in the UK, the National Pizza Day, Cheese Fondue Day and Grilled Cheese Sandwich Day, which I honour with a toast, “Here’s two cheese!” What surprised me initially was that a Caribbean company would import such a large quantity at a cost of over one million dollars. I was totally unaware that the Caribbean imported so much cheese. T&T bought US$1,421m in 1969, it went to US$47,270,000 in 2018, and has been increasing since then at the rate of almost 10 per cent per year. In 2018, Jamaica spent US$29,764m on cheese. Barbados, a much smaller country, spent US$14,848m. Significantly, as in Trinidad, both countries have continued to significantly increase their expenditure on cheese since then. If you wonder, as I did, where all this cheese goes, just look outside at almost any time of the day or night and you will see and hear the motorcyclists rushing past to deliver the goods. In Jamaica, Barbados and Trinidad, whether it is Pizza Hut or Domino’s, Pizza Mania or New York Pizza, Mario’s or Little Caesar, they’re not just on a roll but on a non-stop, money-making, roller coaster.

I have been mainlining cheese for almost my entire life, starting from my childhood when my grandmother allowed me to drink coffee (at the ripe old age of three) and eat as much cheese as I begged or even cried for. In those days, the cheese came in large blocks and whether with ‘hops’ bread or Crix biscuits, was not just a breakfast staple but also a rum-shop “cutter”. More, it is not just “cheese it” that has entered our vocabulary but, in Barbados, “Cheese and rice, man!” which is not a dish but an explanation, exclamation and also a euphemism that skirts around being guilty of blasphemy by swearing, “Jesus Christ.” While “hard cheese” is in the fridge, there are some that are rock solid from the very beginning, including Parmesan (tastes grate); our long-time staple, Cheddar; Muenster (which has nothing to do with Loch Ness or Dr Frankenstein); and, if you think Cheddar is good, there is one that is Gouda. There are soft ones like Camembert. Then there is Brie. This is generally introduced with the question “What happened after an explosion at a French cheese factory?” The sad truth is “All that was left was de brie.” Then we have one named after a Trini to the bone - ‘Feta’. There are the sad ones (Blue) and the one that prompted the kids’ joke, “Why was the one-legged Moko Jumbie crying?” He couldn’t get his Stilton.

While some of these references are really rehashes and remembrances of my love for cheese, you have to remember that, when you’re over 77 (as I am), every day is a gift that you should celebrate. This is where cheese comes in. Even though there is a book by Kathryn and Ross Petras, Age doesn’t matter unless you’re a cheese, if you love cheese as much as I do, cheese matters considerably despite your age or whether the hardest substance in the human body is singular, plural, present or missing in action. By this I mean my teeth. Fortunately, I can still bite and chew but, even when that is no longer possible, I am sure I will suck and swallow with gusto or gut-so, whichever is still around and available.

I am not fazed by the fact that researchers of the University of Michigan have discovered that cheese is a drug and can be as addictive as crack cocaine. Emily Myrin, in Lifehack, wrote, “A sample of 500 university students completed the Yale Food Addiction Scale which measures the rate of food addiction in people’s lives and also studies the types of foods they crave. The number one most addictive food turned out to be pizza.” There is a protein in milk products called casein, which breaks apart digestion to release a whole host of opiates called casomorphins, which trigger the reward reflex in our brains. Cheese in any form, fashion, hard, soft or blue is full of these proteins.

Having made sure that I had my coffee with me this morning, and my bread and cheese fresh off the grill, I thought of a few cheese jokes like “What is Medusa’s favourite type of cheese?” Gorgonzola, of course. Then what happened to the cheese sandwich which walked into a pub? It was told in no uncertain terms, “We don’t serve food in here!” And my favourite, “What’s the difference between Donald Trump and cheese? If left for a while, cheese develops culture.”

Tony Deyal was last seen laughing at this teaser, “What cheese is made backwards?” Edam. Send feedback to columns@gleanerjm.com