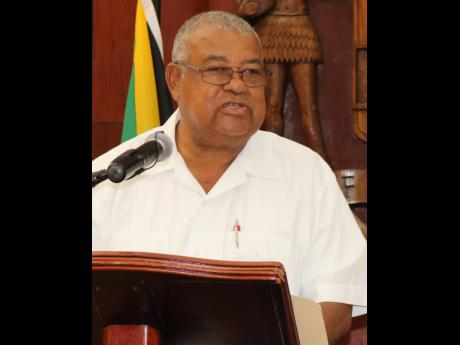 We regard The Gleaner editorial of January 3, 2022, with a mixture of bemusement and irony.

We note the call for the disbandment of the Jamaica Agricultural Society (JAS), and it is not a new call. Indeed, we recognise the forces that are driving this call. We well understand and appreciate that throughout history, capital has sought to thrive on the basis of exploiting labour. The agricultural sector is replete with examples of large capital-heavy interests seeking to further gain by ensuring a ready supply of low-wage workers.

That, we hasten to say, does not make us anti-capital but rather, strongly pro-community. That mindset of prioritising the responsible development of the community, including, of necessity, the small farmer, has guided the JAS since its inception 126 years ago and remains the organisation’s reason for being in existence to this day.

Naturally, that commitment is the antithesis of some of the large capital-heavy interests who, in their mindless drive for ever-greater profits above all else, have shown a willingness to see the overall community infrastructure – and in this case the institutions that support small agriculturalists – fall by the way.

This was the fate of the Jamaica Livestock Association, in which place has come the various husbandry groups (small ruminant, pigs, dairy farmers, etc). It was the fate of the former regional land authorities, which provided the extension support to farmers who could otherwise not have availed themselves of such, lacking both funds and credit.

It was, more recently, the fate of the community boards in which place arose the JACRA – with no farmer representation and, therefore, no real intention to support the interest of the farmers or to support the quest of improving their standards of living and thus, the quality of life of their dependents and the society as a whole.

We note here that the latter disbanded entities have been reorganised as grower organisations. These now form members of the JAS and join the branch societies and other members in monthly meetings and other discussions on food security and other vital issues.

The JAS is, de facto, the farmers’ parliament. Furthermore, it is the executive of the Government (PM, agri minister, governor general) who get the opportunity, through our expos and other events, to address the farming community directly and to commune with farmers.

Even so, the JAS, while limited under the scope of the (1941) act in terms of capitalising on its assets, still faces taxation and other charges like all other entities.

The JAS, as has been previously indicated, and should be known to all stakeholders (indeed the editorial mentions same, albeit in a scathing manner) is undergoing a transition. As part of that process, consultations were conducted and the recommendation to become a registered capital co-operative society was adopted.

Another process is yet to be mounted to determine the operational framework, but one thing is to be made clear. The Jamaica Agricultural Society as an advocate for small farmers, and the attendant community development shall remain in one form or another.

While much has been made about the resources committed to the JAS by the Government and the assertion that the organisation is merely dependent on government’s largesse, if the Government believes that the funds committed could be better allocated elsewhere, then that is within its prerogative. But contrast the amount (some $80 million, at last reckoning, extended to the organisation by Government). Is it not better to continue to support small farmers and genuine social development than to have committed the vast amounts which cannot be accounted for, or simply have been squandered in other fields?

Our mandate remains as clear as it was in the beginning: to provide both a voice as well as tangible support to communal agricultural practitioners -- the otherwise ‘landless small farmer’ -- in a bid to create social stability and a basis for broad economic advancement that, not being based solely on ever-increasing profits, serves more than the few with concentrated capital.

We remain resolute in this aim and will adopt all necessary practices, and make all necessary appeals, to see to it that the vital mission continues.