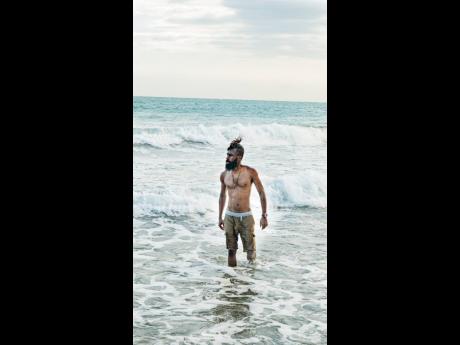 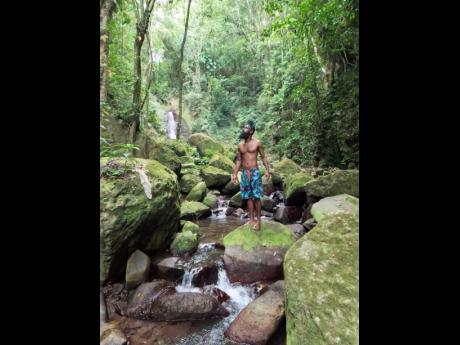 Contributed
This picturesque hidden gem can be found in Stony Hill, St Andrew. 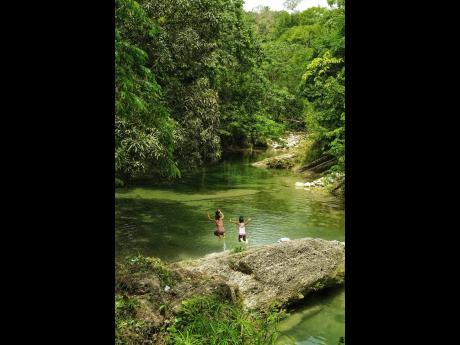 Contributed
Powell ventured to St Mary and had the pleasure of talking to community members about this majestic location. Here you can see little girls jumping off in the river. 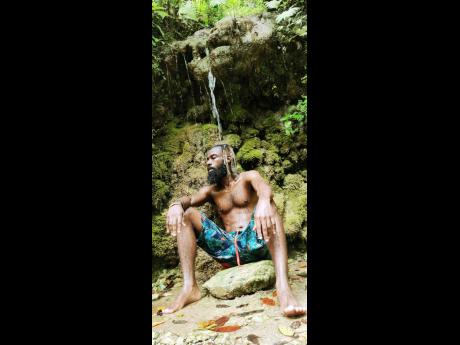 Contributed
Adventured don’t have to take you far. The local travel expert found this waterfall in Gordon Town, St Andrew 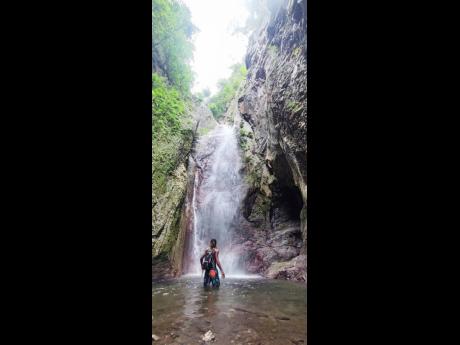 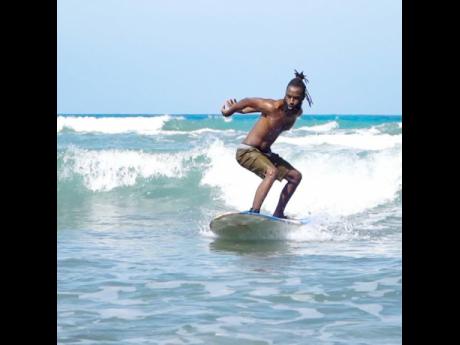 Contributed
Powell was catching hte best waves of his life while surfing at Jamnesia in Bull Bay, St Andrew. 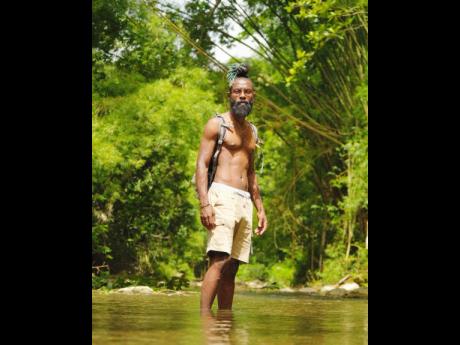 Contributed
The travel essentials for this adventurer include food, because he can never tell how long he will be out; a change fo clothes so that he can be prepared for any encounter, water shoes and swim shorts are always on deck; larger powerbank to keep the phone charged to get pictures and videos; safety supplies, a first aid kit and a machete because he may have to cut a route.
1
2
3
4
5
6
7

“Nuh weh nuh better dan yaad,” Jamaicans often say, but how many truly understand the value of this country’s rich offerings? Reality has even shown that quite a number of citizens have never ventured beyond their parish or those made familiar because of family. Maleek Powell has always been a lover of nature. However, when he saw that tourists were uncovering the island’s hidden gems, he decided it was time to do some exploring of his own.

He told Saturday Living, “A group of us that used to hang out at the time came across a video of some foreigners at a waterfall in Stony Hill. I lived in Stony Hill for a year. I never knew that place was there.” Having people from overseas coming here and highlighting places and spots on the island that he never knew about didn’t sit well with him. And it dawned on him that he wasn’t doing enough as a fellow countryman to know the lay of the land.

“I decided to take it upon myself to go out and find these places, learn about these spaces, get the information to come back and share it with my fellow Jamaicans because that’s the way it should be,” he said. During his research, he realised that he wasn’t the only one oblivious to certain locales in the rural areas; persons were more familiar with places overseas than they were of their very own country.

The journey, which began in 2015, has seen this content creator visiting the nation’s hottest natural scenes and most unfamiliar spots, sharing heartwarming journeys through brilliant imagery. Roving with a group of friends grew into a business he calls Adventure Squad Jamaica. The act of exploring the nooks and crannies of Jamaica has truly become Powell’s passion. “I’ve been doing this since 2015, before more of these travel companies were around. I really do love my country and I want to highlight all of the great things about it,” he added.

From surfing with Jamnesia and skateboarding at Freedom Skate Park in Bull Bay to going on river runs in the parish as well as St Mary and ‘beaching’ it in St Elizabeth, you name it, Powell has probably done it. “These adventures showcase the natural beauty of Jamaica and force you to have an appreciation for what we have here on the island. It makes you want to protect it as well,” he revealed. It is his hope that by making other persons aware and driving traffic to these communities, it will open up new avenues for persons to make some money and thereby boost the economy.

But doing as much travel and adventure comes at a cost. “It’s expensive. Gas doah cheap,” he pointed out, but added that when you love something, you find a way and you make it happen. What he finds most disturbing on his excursion is popping up at spots and seeing the deplorable condition other visitors have left them in. “Unfortunately, a lot of people don’t appreciate the value of the natural resources we have,” he said.

He is grateful for the opportunity to become more cultured, which he listed as one of the biggest benefits of travelling, “even if it is local travel. Going into these communities, meeting people, having conversations and seeing things makes you more aware. It puts you in the position to be a part of a bigger discussion about protecting resources.

Outside of travel, Powell is into photography and videography. He has a love for history, particularly the history of this country. He does voice over work and has found his calling in the creation of motivational content, “I found that the local social space needed more positive and relatable influences and faces.”

For those interested in exploring the island, if you are one who is motivated to travel on your own, the local travel expert recommends that you do your research and get as much information as possible about your destinations, “If you’re going into a particular area that you are not sure about, always stop at the police station and let them know you’re there. Ask questions before doing anything. Always let someone know where you’re going and what you’re doing. Also, go out with an open mind and go out to have fun.”