Jeffrey Perry on a mission to change ‘starving artist culture’ 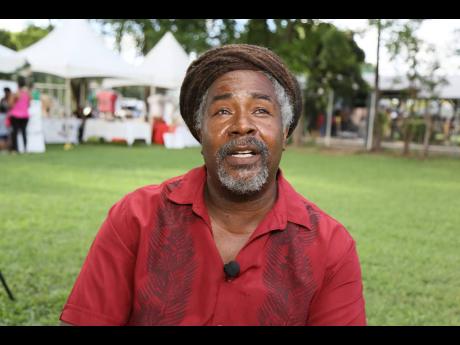 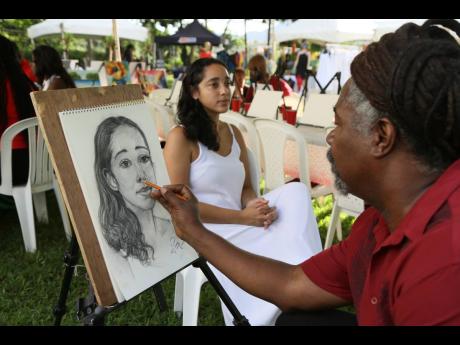 Nathaniel Stewart
Artist and painter, Jeffrey Perry, completes a potrait for a patron.
1
2

Fifty-eight-year-old artist Jeffrey Perry is on a mission to paint a more colourful narrative of the art industry.

Perry said he is perturbed by what he described as a “starving artist culture” in Jamaica. According to him, for decades the field has been passed off as mediocre and low-income generating. That narrative, he said, is one factor that has crippled the industry.

Perry, proprietor of Jeffperry Art, spoke with The Gleaner at the first staging of the Jamaica Art and Gift Festival (JAGFest), held on Murray’s Farm in Tollgate, Clarendon on Sunday.

“This thing about starving artist, it is discouraging. There are many young people who want to display their talent in art, and it discourages them from moving forward in that direction, because they hear that they can’t make a living from art. If you go about it the right way and apply yourself, you can make it in art just like in any other field,” Perry told The Gleaner.

Perry argued that youngsters’ plans to pursue art are oftentimes foiled by naysayers. He shared that some discouraging remarks about his own venture into the field came from within his own family, but said he remained undaunted, citing his undying love for expressing himself through a medium he knows best.

“My mom was one of those persons who told me that I needed to find something else to do, because I won’t make anything off art or drawing,” he said.

Perry shared that he ventured into other fields, including construction, but he was never contented, and never felt the zeal like he feels when using his paintbrush and pencil.

The Old Harbour, St Catherine native, whose artistic skills were unearthed as early as six years old, does portraits and other paintings.

Perry said his favourite thing about portraits is capturing the uniqueness of different people. The Gleaner watched as he did portraits of patrons at JAGFest. His clients were pleased with the job that took him 20 minutes to complete.

“It takes me 20 minutes now, but it took a lifetime (to perfect the skills), because I’ve been drawing from like six/seven years old,” he said.

Perry added that he is defying the “starving artist culture”, as business is booming, with portraits being among his bestsellers. He told The Gleaner that the tourism sector has been a big boost for his work.

Admitting that the appreciation for art locally has grown in recent times, Perry said there is still a far way to go, adding that sightings of murals across town centres represent “a step in the right direction”.

He theorises that the Government can also channel more resources into art to spark greater public interest in the industry.

“People see art, love art, but to spend money on art...no. Buying art is like when people have disposable income. I think the Government can do more in terms of making it possible for artists to get their work displayed and get people interested in their work,” said Perry.