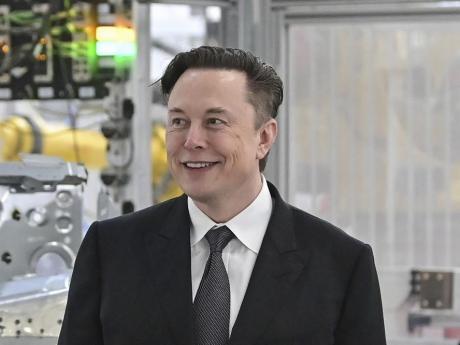 Twitter shareholders have filed a lawsuit accusing Elon Musk of engaging in “unlawful conduct” aimed at sowing doubt about his bid to buy the social media company.

The lawsuit filed late Wednesday in the US District Court for the Northern District of California claims the billionaire Tesla CEO has sought to drive down Twitter's stock price because he wants to walk away from the deal or negotiate a substantially lower purchase price.

San Francisco-based Twitter is also named as a defendant in the lawsuit, which seeks class action status as well as compensation for damages.

Musk last month offered to buy Twitter for $44 billion, but later said the deal can't go forward until the company provides information about how many accounts on the platform are spam or bots.

The lawsuit notes, however, that Musk waived due diligence for his “take it or leave it” offer to buy Twitter.

That means he waived his right to look at the company's non-public finances.

In addition, the problem of bots and fake accounts on Twitter is nothing new.

The company paid $809.5 million last year to settle claims it was overstating its growth rate and monthly user figures.

Twitter has also disclosed its bot estimates to the Securities and Exchange Commission for years, while also cautioning that its estimate might be too low.

To fund some of the acquisition, Musk has been selling Tesla stock and shares in the electric carmaker have lost nearly a third of their value since the deal was announced on April 25.

In response to the plunging value of Tesla's shares, the Twitter shareholders' lawsuit claims Musk has been denigrating Twitter, violating both the non-disparagement and non-disclosure clauses of his contract with the company.

“In doing so, Musk hoped to drive down Twitter's stock price and then use that as a pretext to attempt to re-negotiate the buyout,” according to the lawsuit.

Before announcing his bid to buy Twitter, Musk disclosed in early April that he had bought a 9% stake in the company. But the lawsuit says Musk did not disclose the stake within the timeframe required by the Securities and Exchange Commission.