‘We don’t have food’ 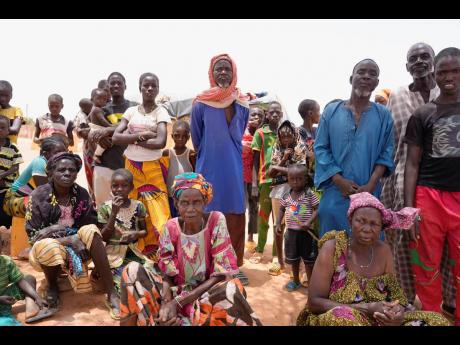 African leaders gathered for a summit Friday in Malabo, Equatorial Guinea, to address growing humanitarian needs on the continent, which is also facing increased violent extremism, climate change challenges and a run of military coups.

Leaders called for increased mobilisation to resolve a humanitarian crisis that has left millions displaced and more than 280 million suffering from malnourishment.

For people in Djibo, a town in northern Burkina Faso near the border with Mali, any help can’t come soon enough.

The city in the Sahel region – the large expanse below the Sahara Desert – has been besieged since February by jihadis who prevent people and goods from moving in or out and cut water supplies. Few truckers want to run the jihadist gauntlet. Residents are suffering with no food or water, animals are dying and the price of grain has spiked.

“The goods are not arriving anymore here. Animal and agricultural production is not possible because the people cannot go back to their villages,” UN resident and humanitarian coordinator, Barbara Manzi, told AP from Djibo this week. “Unless (a solution) is found, it’s going to be really a tragedy for the entire group of people that are here.”

Djibo has been at the epicentre of the violence linked to al-Qaida and the Islamic State group that has killed thousands and displaced nearly two million people. While Djibo – and Soum province where the town is located – experienced periods of calm, such as during a makeshift ceasefire between jihadis and the government surrounding the 2020 presidential election, the truce didn’t last.

Since November, insecurity in the region has increased. Jihadis have destroyed water infrastructure in the town and lined much of Djibo’s perimeter with explosives, blockading the city, say locals.

The town’s population has swollen from 60,000 to 300,000 over the last few years as people flee the countryside to escape the violence.